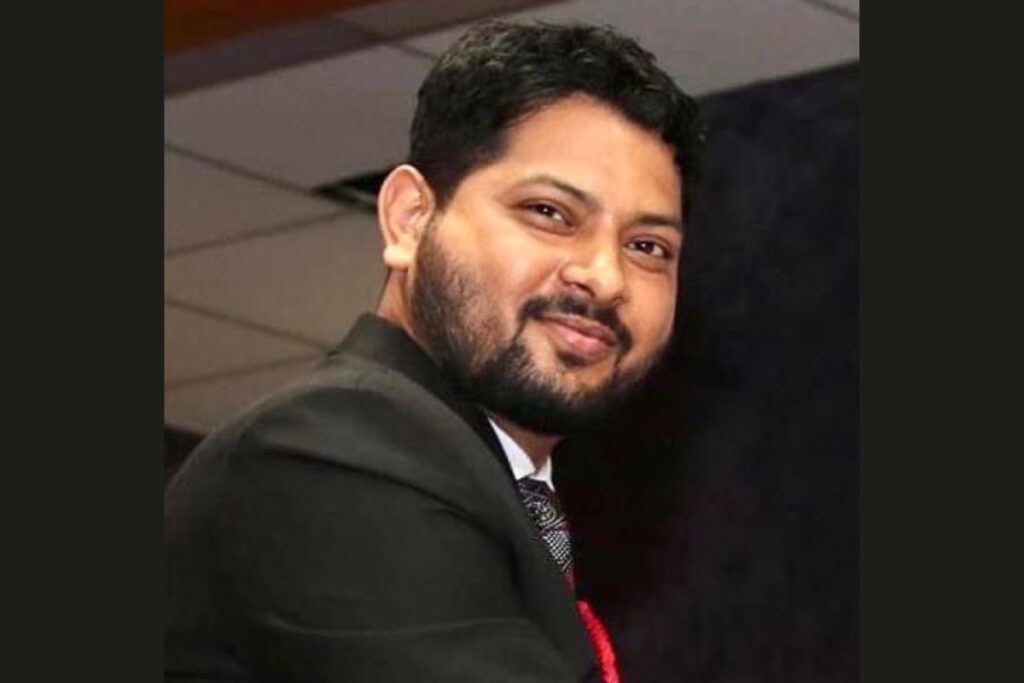 May 14: In the world of academics, innovation, entrepreneurship and research, Dr. Punit Kumar Dwivedi has marked a name for himself. A visionary who has had an incredible career so far and has set further goals in life. He hails from a very small village of Kushinagar Distt. In the State of Uttar Pradesh. He has completed his higher studies from Hyderabad, but that’s just where the story starts, he has designed his life in a manner where travel is something his life can’t be without. He is currently working as the Group Director and Professor in Modern Group of Institutions, Indore, M.P. and he is Chief Mentor & Advisor at Modern Incubator supported by MSME (GoI). He has had a rather interesting climb to the top, let’s learn his story.

Dr Punit was a good student and learner but an even better doer. He would spend minimal time with his academics but enjoy actually implementing what he learned in his subjects in the outside world. His 15+ years of career shows just that. Dr Punit had finished his Doctorate Degree in 2011 in Rural Finance and Industrialisation  and was ready to see what he could offer to the world. And offer he did! He went on to work with various academic institutions and also with the Government. He has had a strong career trajectory thus far since he has always been open to experimentation in academic ecosystem and learning. He has numerous years of being a lecturer and Professor, CEO of Govt. funded Incubator (AIC-PIF) an amicable Dr Punit to this said, “I enjoy imparting knowledge, actively participating in innovative activities, startups and love spending time and knowing that I’m shaping the future of this country.”

He is extraordinary not only with his virtues but also with his works. He works great individually but has also been part of many national level teams and committees to pull off huge tasks. He has been on multiple teams, boards, and councils in governing activities to make a real change in the world.

His work has garnered the interest of the governing officials and he has also received various grants on different occasions – like NITI Ayog and also AICTE. He has added many feathers to his hat amongst them, he is also an author and Poet created and coordinated many World Records.

A learned man like him after studying and receiving his PhD, he knew he had to give back to the community and so he wrote to give back. He is now a published author of 8 books and about dozens of research papers, case studies, articles etc. He has made a name for himself in academic circles, startup ecosystem and the publishing industry as well. He has worked in editorial teams and shouldered various responsibilities there. Working in all sorts of industries he had learned a thing or two about entrepreneurship. He decided to teach and encourage people who want to tread on the same journey.

He went on to become an orator and was called to many events as a keynote speaker where he would also be regarded as the ‘startup expert’. He has also delivered many lectures at IIMs on Incubation and Govt. Sponsorships. He is resource person at IIM-Indore for various MDPs. He has been in the training and consultation business as well having worked in areas such as Marketing, Finance & Accounting, Entrepreneurship, Cost Accounting, Waste Management, Legal Aspects of Business, and Strategic Management. He has received an accolade of awards from many high-profile people includes Awarded by Governor of Uttar Pradesh twice for his innovative approaches in the field of Entrepreneurship development, innovative approaches in the field of Skill Development. He has been also awarded by Chief Minister of Madhya Pradesh for developing e-learning modules to support Swachh Bharat Abhiyan. He is official Brand Ambassador of Indore Municipal Corporation for Swachh Indore Mission. “The awards never really dazzled me, I just did it for the experience and noble cause” said Dr Punit.

To match up with his all-rounder personality, he has also given and conducted many workshops. With as many achievements and awards, he still hasn’t stopped to take a break. He has filed dozen of Patents. He continues on this journey and has many exciting ventures waiting in the future. We can all learn from him and reassess the same 24 hours we are all given. Dr Punit is truly an outlier and we can all learn something from him.

To know more about him: